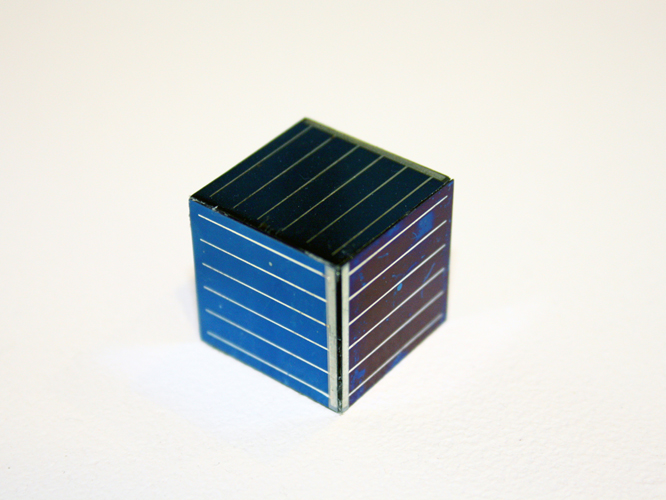 
This little sculpture cube is made out of solar cells bought on eBay from a satellite called Symphonie. The satellite was launched in 1974, and was the first European Space Communications joint venture. In 1983, Symphonie reached terminal orbit and was deactivated. The solar photovoltaic cells continue to «live» in that, within a very thin layer of silicon, their chemical transformation of light into energy continues to happen.