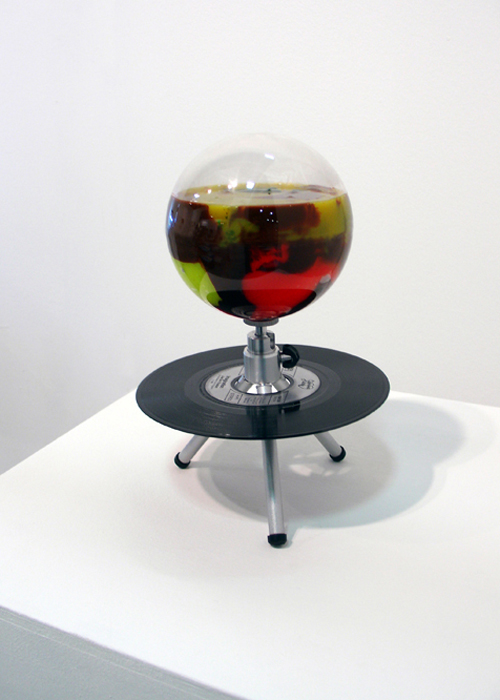 The piece functions as a "collider" in both a physical and metaphorical sense.
The transparent sphere contains different colors of Skifidol Slime, a brand of toy jelly for kids.
As the slime is dense, it would eventually capture, or at least slow down, subatomic particles or cosmic rays
that naturally cross the Earth’s atmosphere – thus, the piece functions as a collider in a physical sense.
But also in a metaphorical, emotional, sense:  the LP in the sculpture is from the early 80's British band, Imagination,
with the lead track, "Just An Illusion".
The choice of this song is meant to bring to mind the often illusive attempt of science to interact with matter.