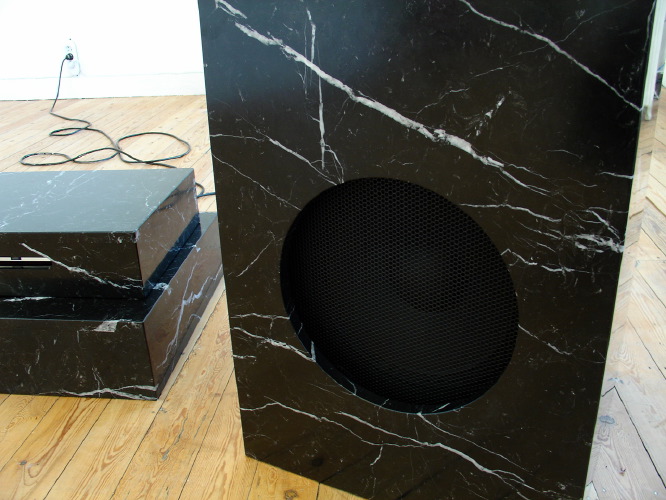 Empire, a sound installation executed in beautiful black marble, functions as a kind of monolith, an almost fascist monument that can be seen as a symbol for a status quo of modern Western society.
The title of the sculpture also refers to one of the most influential books on globalisation: Empire, by Toni Negri and Michael Hardt – a synonym for the New World Order, in which power is no longer centralised but distributed along supranational, ‘hybrid’ networks. The music coming from the installation – a sample from Darth Vader’s theme from the Star Wars saga – is a humoristic wink to this idea, the archenemy incorporating the simplistic idea of suppressive power as envisioned in childhood memories. The sound starts every 20 minutes, and it's quite loud and it lasts only for about 10 seconds.