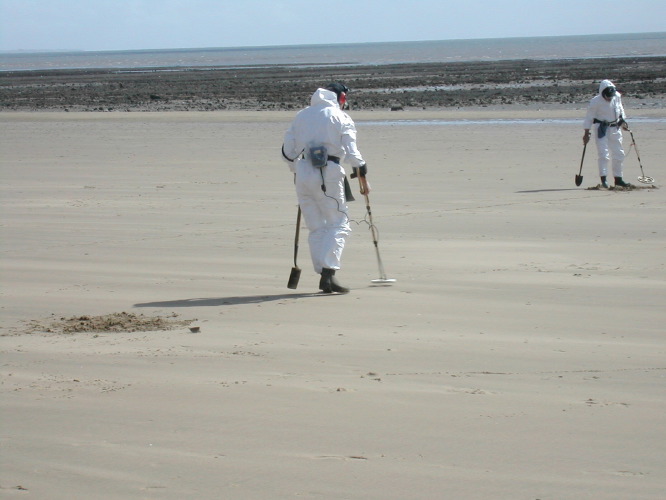 A huge beach in Wales, a great natural arena, becomes a mental platform. A variety of elements belonging both to the history of the modern western world and to the personal history of the artist are brought together in this new metaphysical landscape (which in turn references the paintings of De Chirico). The members of the local Metal Detectors Club (metaphorical researchers) are the ones chosen to reveal the enigma: twelve metal letters buried in the sand by the artist. Brought together they pose the question “Are you ready?”, the words of the world’s first radio transmission by Guglielmo Marconi. Although sent from this coast in 1897 at the apex of the industrial era, this event also marked the beginning of a decline: a movement towards a society based on communication and tourism. The soundtrack by Ennio Morricone is taken from the “spaghetti western” “Once upon a time in the West”, the first movie ever seen by the artist.